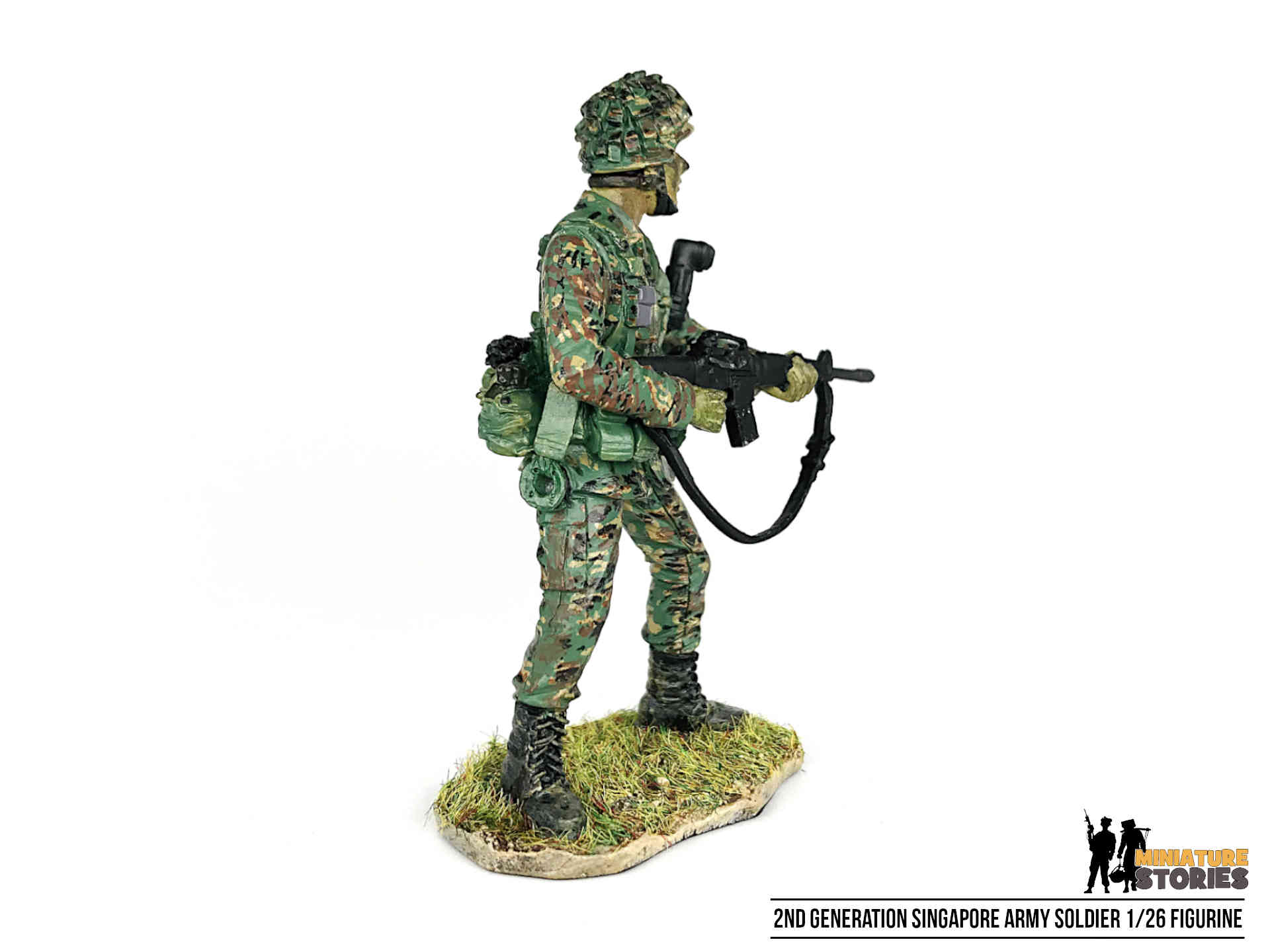 Our figurine is depicted in a standing-hip firing position, which was later adopted as the quintessential call sign for open mobilization exercises broadcasted on various media channels.